When I first glanced at the photos of IRST Photography, my eyes were drawn towards the aesthetic natural tones of the models. Shot predominantly across beaches, flowers, and indoors, they brought in a sense of calmness through their simplicity. Interestingly enough, the person behind the camera has a story of simple beginnings and how he never imagined that he would be shooting popular celebrities one fine day.

Rewind to his school days, Irshath shot the most random things on his Nokia Lumia. What began as a photoshoot for his ‘good looking’ cousin, it eventually led him to a photoshoot for a girl who offered to pay. From renting his first camera to experiment with different cameras from Nikon D350 to Sony and Canon, he lets his shoots flow at the moment, to capture the natural essence of the models. Irshath, 27-year-old works full time as a product designer and never wants his passion for photography to be seen as full-time work.

Once Irshath visited a popular actress’s house for a shoot. He simply asked her to carry on with her daily routine in her natural look and attire. Even now, she credits him for capturing her differently and helping her get noticed among filmmakers.

“I love to capture people, their lifestyle, and their daily routine in my photographs. And, the results are an accurate reflection of themselves,”

Irshath loves early morning shoots where he tactfully uses the sunlight to his advantage. A majority of his shots are at the beach. He makes each one of his models stand out in simple locales like the beach or alongside a flowering plant on random streets.

A self-taught photographer, Irshath learned the techniques of photography and editing from various resources on the Internet. Annie Lebovitz, the 71-year-old celebrated American photographer, and P.C Sreeram, an Indian cinematographer continue being an inspiration to him.

Calmness, a connection to daily life, and natural angles are the three ingredients that Irshath follows to make IRST photography stand out in the aesthetic photography niche.

“I consider shooting national award-winning cinematographer Santhosh Sivan at his house as my greatest achievement till date. He gave me the creative freedom to shoot him and he was appreciative of the result,”

A Pro Tip for Budding Photographers 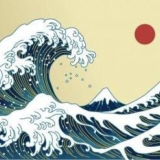 Feathers Full of Dreams: The Story of a 22-year old Dreamcatcher Craftswoman

This site uses Akismet to reduce spam. Learn how your comment data is processed.